Founded in 2002 by guitarist/vocalist Steffen Kummerer, German progressive death metal band OBSCURA caused a stir when they – out of nowhere – toured as support for the legendary Suffocation on the band’s European tour in 2006 and independently released their debut album Retribution that same year. From its very beginnings, the band (named after Gorguts’ inimitable 1993 full-length) demonstrated an uncanny ability for blending different forms of technical, cerebral metal into a coherent synthesis of death, thrash and black metal merged with progressive elements.

Following this auspicious start, OBSCURA‘s lineup was bolstered by a number of star-studded additions to the band’s lineup. In late 2007, OBSCURA added drummer Hannes Grossmann (ex-Necrophagist) and bassist Jeroen Paul Thesseling (ex-Pestilence) as new permanent members, while guitarist Christian Muenzner (Spawn of Possession, ex-Necrophagist) came into the ranks in early 2008. In 2009, after being acquired by Relapse Records, the band released Cosmogenesis, a marvel of technical and progressive metal that firmly established OBSCURA as one of modern extreme metal’s leading lights. Not one to bend to convention, OBSCURA distinguished themselves and their unique brand of music via the tasteful use of vocal effects, fretless bass, philosophical underpinnings, and other elements rarely touched on in extreme metal.

In addition to cracking the US Billboard charts, the release of Cosmogenesis saw OBSCURA embark on their first worldwide tour, which included visits to North America, Europe, and Japan. Cosmogenesis was followed in 2011 by Omnivium, which was lauded by Decibel, Terrorizer, Metal Injection, and dozens of others as a landmark achievement in technical music. That album entered the US and German charts while enabling the band to conduct another run of extensive touring across the globe, now joined by fretless bassist Linus Klausenitzer (Noneuclid).  The band embarked on multiple world tours with such renowned artists as Cannibal Corpse, Nile, Suffocation, Atheist, Death To All, The Black Dahlia Murder, Children of Bodom, Devin Townsend and countless others including numerous festival appearances at Summer Breeze, Hellfest, Inferno Festival, Neurotic Deathfest, and many others. In 2014, Muenzner and Grossmann left OBSCURA to focus on personal endeavors. Their positions were filled by jazz guitarist Rafael Trujillo and fusion drummer Sebastian Lanser (Panzerballett).

Now, five years since the release of the universally-acclaimed Omnivium, the progressive metal masters are poised to return with their strongest and most dynamic release to date. The aptly-named Akróasis (Greek for “hearing” or “listening”) draws on all the various elements of OBSCURA‘s signature sound and combines those qualities into a cohesive and mind-blowing whole. Produced by the band and V. Santura (Triptykon, Pestilence), Akróasis is eight songs diverse enough to serve as a near-comprehensive introduction to all of extreme metal. Packed to the gills with virtuosic musicianship, compelling themes, and airtight songwriting, Akróasis will undoubtedly breathe new life into death metal, progressive metal and beyond. 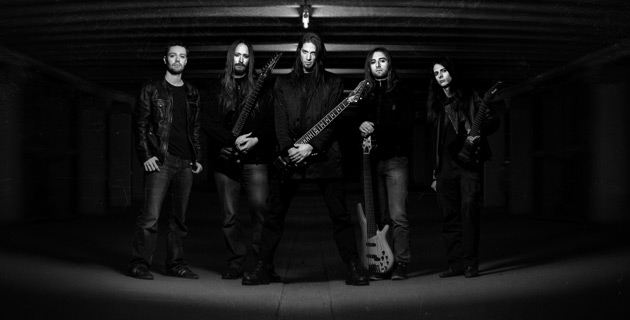 This band is defined through the field of tension created between musical opposites. ALKALOID merge extreme metal and other more diverse genres of music into a unique style that people will somehow find familiar, but haven‘t heard yet.

All musicians in the band are known and active death metal players who all have a much broader view of music than just blastbeats and growls. Alkaloid want to establish from the beginning that they have many faces, and oscillating between (seemingly) contrary or mutually exclusive styles is a factor. To use playing technique only to write good songs, is another factor.

Alkaloids are a chemical compound produced by many plants and other organisms.
They are found in many psychoactive substances (psylocin / LSD, cocaine, nicotine, caffeine, morphine, bufotenin, and many medical plants among others). The band sees the term Alkaloid as a symbol for the chemical agent that changes matter, or the perception of the physical universe and produces intense experiences of a multidimensional or exaggerated nature. The fact that they affect both mind and body gives them the allure of a magical formula, after which nothing is the same. The nature of „change happening“ is something very much presented in ALKALOID‘s music, lyrics and visual identity. Let it be one big permanent morphing! 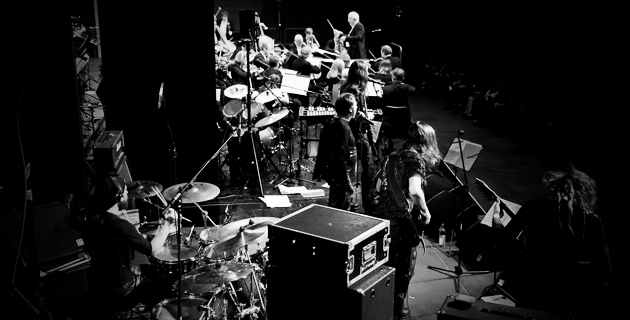 NONEUCLID strive to open doors to unknown psychic spaces. While being firmly rooted in extreme metal at all times, they freely blend style elements of death, thrash, black and progressive metal into a unique and gripping concoction. Virtuosity and complexity are not treated as absolute values, but as mere means to achieve a deep and advanced musical vibration. They use unusual instruments such as custom-made sculpture instruments (by German artist Ralf Fischer) and arabic instruments, as well as subtle electronic and classical influences to explore the rich sound kingdom of extreme metal to the fullest.

NONEUCLID, formed in Bavaria / Germany in 2004 by Netherlands-based composer Morean, consists of members of a.o. DARK FORTRESS, TRIPTYKON, REVAMP, OBSCURA and THE HUNGRY GODS. After only three weeks, they produced their first album, “The Crawling Chaos” (Merciless Records) – a concept album about the violent and inevitable death of the universe. The acclaimed American poet Andrew Hughes provided the lyrics for the album.
In recent years the band is incorporating live orchestra into their music when the occasion presents itself.

In 2008 NONEUCLID collaborated with the world famous Metropole Orkest in Morean’s death metal symphony “Black Vortex Cathedral”, which was premiered with great success in the Dutch Music Days in Muziekgebouw aan’t IJ, Amsterdam, in front of a stunned audience unaccostumed to blast beats coming from an orchestral stage.

In 2010 NONEUCLID received an invite from Tom G. Warrior to play on Tilburg’s Roadburn festival. In november of the same year, a second symphonic project “Transition Metal” was premiered in collaboration with newly founded Orchester des 13. Tons, conducted by Ulf Klausenitzer. Next to a brand new work for orchestra and metal band, music of Richard Wagner and NONEUCLID were interpreted in different versions by both band and orchestra.

A studio CD with Transition Metal and Black Vortex Cathedral is planned to be the next release. Further orchestral and other unusual collaborations are in the works.